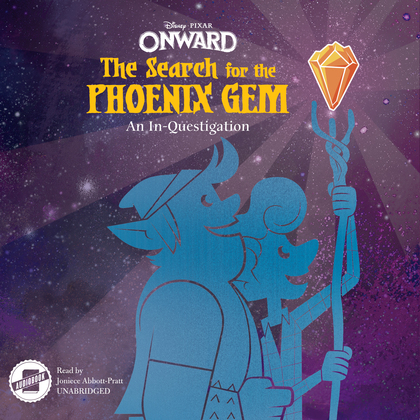 Onward: The Search for the Phoenix Gem

A magical all-new story based on Disney and Pixar?s film Onward!

Sadalia Brushthorn is an ordinary teenage elf. She goes to school, hangs out with her friends, and dreams of becoming a journalist. But the problem is, nothing exciting ever seems to happen in her town of New Mushroomton. Sadalia wonders if she?ll ever get the chance to write a true investigative story. Then one day something mysterious, monumental, and shockingly magical erupts at her high school, sending everything into chaos. And the whole event centers on two elf brothers, Ian and Barley Lightfoot. Sadalia thinks this is her chance to finally write a real story. But there are so many questions: What caused this event? How are Ian and Barley involved? And why were they searching for a magical object known as the Phoenix Gem? It?s up to Sadalia to set out on her own in-questigation, to follow the Lightfoot brothers? epic quest and discover the truth about the events that transformed her town and her entire world.