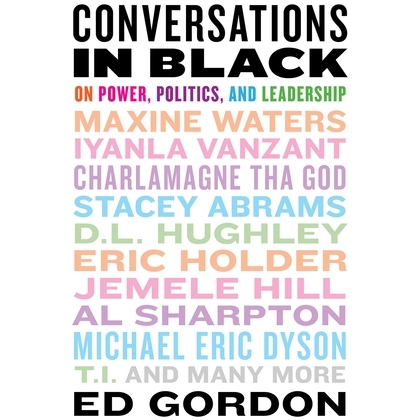 Hard-hitting, thought-provoking, and inspiring, Conversations in Black offers sage wisdom for navigating race in a radically divisive America, and, with help from his mighty team of black intelligentsia, veteran journalist Ed Gordon creates hope and a timeless new narrative on what the future of black leadership should look like and how we can get there. In Conversations in Black, Gordon brings together some of the most prominent voices in Black America today, including Stacey Abrams, Harry Belafonte, Charlamagne tha God, Michael Eric Dyson, Alicia Garza, Jemele Hill, Iyanla VanZant, Eric Holder, Killer Mike, Angela Rye, Al Sharpton, TI and Maxine Waters, and so many more to answer questions about vital topics affecting our nation today, such as: · Will the black vote control the 2020 election? · Do black lives really matter? · After the Obama's presidency, are black people better off? · Are stereotypical images of people of color changing in Hollywood? · How is "Black Girl Magic" changing the face of black America? Bombarded with media, music, and social media messages that enforce stereotypes of people of color, Gordon set out to dispel what black power and black excellence really looks like today and offers a way forward for all in a new age of black prosperity and pride.