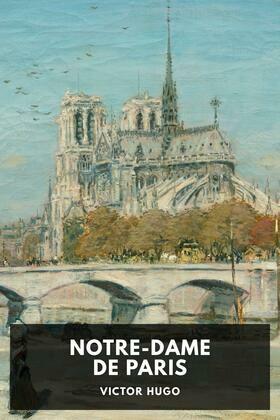 Esmeralda is a breathtaking beauty and attracts the attention of men all around her, including an actor, a captain, and an archdeacon, to whom she is of course forbidden. But because of a kindness she paid to him, there is one whose love for her is pure: the archdeacon’s bellringer. The actions of the archdeacon, who cannot control his lust for the young woman, ultimately draws all four men into her orbit, and his, with tragic consequences.

Hugo’s tragic novel is an ode to gothic architecture in general and that of Notre-Dame de Paris in particular. Hugo was upset both at the neglect of buildings like Notre-Dame, and the modernization of those that weren’t being neglected. By centering on the building, he was able to bring all classes into his story: from kings and nobles to bellringers and sewer rats. The first American translation changed the title to “The Hunchback of Notre Dame,” shifting attention to the bellringer, but Hugo’s focus was always on Notre-Dame and the beautiful gothic architecture of Paris.