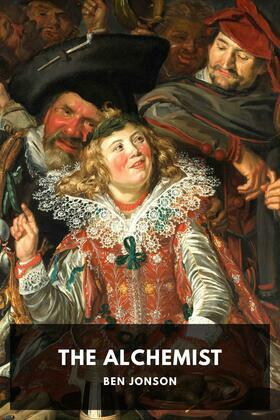 First performed in 1610, The Alchemist is one of Ben Jonson’s greatest comedies. Written for the King’s Men—the acting company to which Shakespeare belonged—it was first performed in Oxford because the playhouses in London were closed due to the plague. It was an immediate success and has remained a popular staple ever since.

The play centers around a con man, his female accomplice, and a roguish butler who uses his master’s house to gull a series of victims out of their money and goods. Jonson uses the play to satirize as many people as he can—pompous lords, greedy commoners, and self-righteous Anabaptists alike—as his three con artists proceed to bilk everyone who comes to their door. They don multiple roles and weave elaborate tales to exploit their victim’s greed and amass a small fortune. But it all comes to a sudden, raucous end when the master unexpectedly returns to London and all the victims gather to try and reclaim their property.