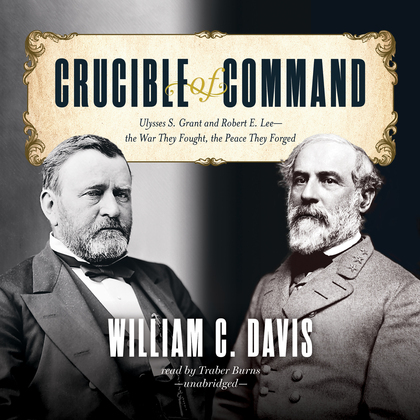 A dual biography of two iconic leaders: how they fought abloody, brutal war then forged a lasting peace that fundamentally changed ournation

They met in person only four times, yet these two mendetermined the outcome of the Civil War and cast competing styles for thereunited nation. Each the subject of innumerable biographies, Generals UlyssesS. Grant and Robert E. Lee have never before been paired as they are here.

Exploring their personalities, their character, and theirethical, moral, political, and military worlds, William C. Davis findssurprising similarities between the two men as well as new perspectives on howtheir lives prepared them for the war they fought and influenced how theyfought it. Davis reveals Lee's sense of failure before the war, Grant'soptimism during disaster, and the sophisticated social and political instinctsthat each had when waging a war between democracies.