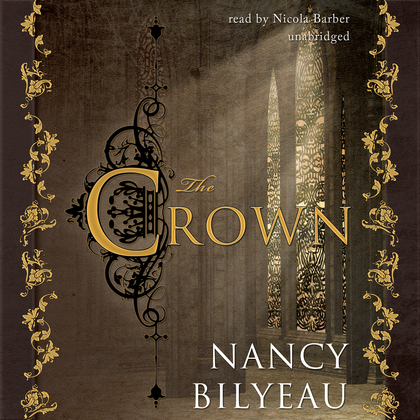 In this debut historical thriller, an aristocratic young nun must find a legendary crown in order to save her father’s life and preserve all she holds dear.

When novitiate Joanna Stafford learns her rebel cousin is condemned by King Henry VIII to be burned at the stake, she makes the decision to break the sacred rule of enclosure and flee her Dominican order in Dartford to stand at her cousin’s side.

Arrested for interfering with king’s justice, Joanna, along with her father, Sir Richard Stafford, is sent to the Tower of London. Joanna’s father is brutally tortured by Stephen Gardiner, the Bishop of Winchester, who leads the Catholic faction bent on saving England’s monasteries from destruction. In order to save her father, Joanna must submit to Gardiner’s will and become a pawn in the struggle between religious extremes. Gardiner forces Joanna to return to Dartford Priory with a mission: find the long-hidden crown worn by Saxon King Athelstan in AD 937 during the historic battle that first united Britain. Gardiner believes the crown itself to possess a mystical power that will halt the Reformation.

Uncovering only dark betrayals and murder at Dartford, Joanna flees with Brother Edmund, a troubled young friar, and with time running out, their hunt for the crown leads them through royal castles, to Stonehenge, and finally to the tomb of the mysterious King Athelstan under Malmesbury Abbey. There Joanna learns the true secret of the crown—a secret tracing all the way back to Golgotha and the relics of the Passion—and must finally determine who to trust and how far she is willing to go to protect a way of life that she passionately loves.