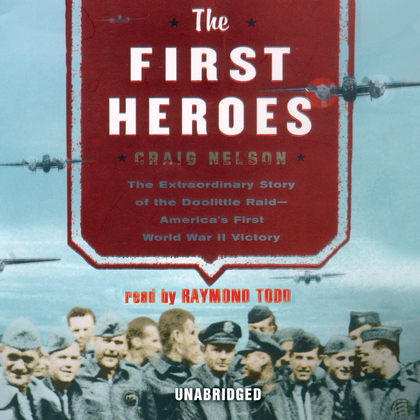 Immediately after Japan's attack on Pearl Harbor, President Roosevelt sought to restore the honor of the United States with a dramatic act of vengeance: a retaliatory bombing raid on Tokyo itself. At his bidding, a squadron of eighty scarcely trained army fliers, led by the famous daredevil Jimmy Doolittle, set forth on what everyone regarded as a suicide mission. The attack was successful--until Japanese spies forced most of the squadron to crash-land in enemy-occupied China, where pilots were ferried underground across the country to safety. One plane landed in the Soviet port of Vladivostok, where the crew was eventually smuggled out of the country through Persia. Others were captured by the Japanese, confined to years of imprisonment and torture. The fact that 90 percent of the men involved came home alive was little short of a miracle. Their extraordinary success led directly to what every historian now believes was the turning point in the war against Japan and helped convince the nation and the world that the Allies might eventually triumph.

Extensively researched, including interviews with twenty of the twenty-seven remaining survivors, The First Heroes vividly recreates America's first great victory of World War II. Craig Nelson follows the Doolittle Raiders from their secret training on a Florida airfield to their tense days in transit across the Pacific to the bombing itself--and finally to their courageous accounts of survival against astonishing odds. A true account that almost defies belief, The First Heroes is a tremendous human drama of great personal courage and a powerful reminder that ordinary people, when faced with extraordinary circumstances, can rise to the challenge of history.