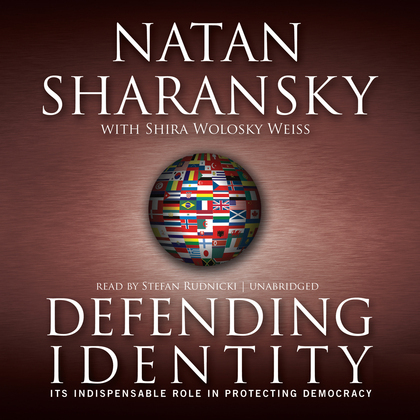 Natan Sharansky believes that the challenge of the twenty-first century is to assert our cultural, ethnic, or religious identities, a struggle that has never been more important than now.

Who is better prepared to defend principles in a volatile world? Is it those with strong national, religious, ethnic, or tribal identities who accept democracy, or democrats who view identity as a divisive prejudice? Sharansky argues that valueless cosmopolitanism is dangerous, even in democracies. Together, identity and democracy assert a powerful and benign sense of purpose, but when at odds, they beget fundamentalism and rootlessness.