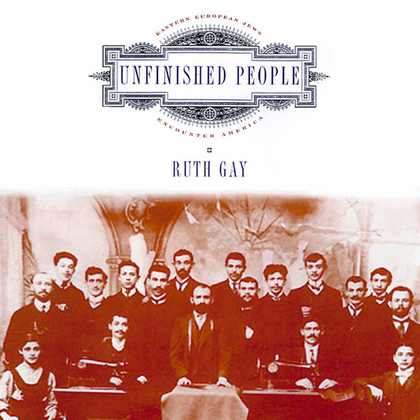 Nearly three million Jews came to America from Eastern Europe between 1880 and the outbreak of World War I, filled with the hope of life in a new land. Most were young, single, uneducated, and unskilled; many were children or teens. They were, in a sense, unfinished citizens of either the old or the new world.

Within two generations, these newcomers settled and prospered in the densely populated Yiddish-speaking neighborhoods of New York City. Against this backdrop, Ruth Gay narrates their rarely told story, bringing alive the vitality of the streets, markets, schools, synagogues, and tenement halls where a new version of America was invented in the 1920s and 30s. An intimate, unforgettable account, Unfinished People is a unique and vibrant portrait of a resilient people in their daily trials and rituals.