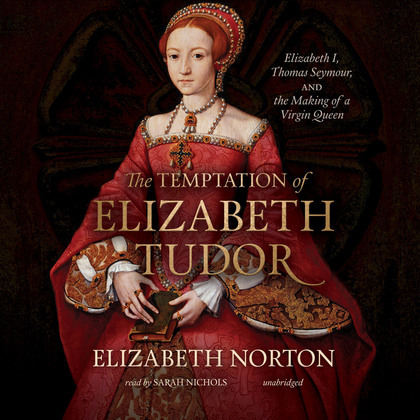 The Temptation of Elizabeth Tudor

A power-hungry courtier and an impressionable young princess: the Tudor court had never been more perilous for the young Elizabeth, where rumors had the power to determine her fate.

England, late 1547. King Henry VIII is dead. His fourteen-year-old daughter Elizabeth is living with the king's widow, Catherine Parr, and her new husband, Thomas Seymour. Seymour is the brother of Henry VIII 's third wife, the late Jane Seymour, who was the mother to the now-ailing boy king.

Ambitious and dangerous, Seymour begins an overt flirtation with Elizabeth that ends with Catherine sending her away. When Catherine dies a year later and Seymour is arrested for treason soon after, a scandal explodes.

Alone and in dreadful danger, Elizabeth is threatened by supporters of her half-sister, Mary, who wishes to see England return to Catholicism. She is also closely questioned by the king's regency council due to her place in the line of succession. Was she still a virgin? Was there a child? Had she promised to marry Seymour?

Under pressure, Elizabeth shows the shrewdness and spirit she would later be famous for. She survives the scandal. Thomas Seymour is not so lucky. The "Seymour Scandal" led to the creation of the persona of the Virgin Queen. On hearing of Seymour's beheading, Elizabeth observed, "This day died a man of much wit, and very little judgment." She would never allow her heart to rule her head again.