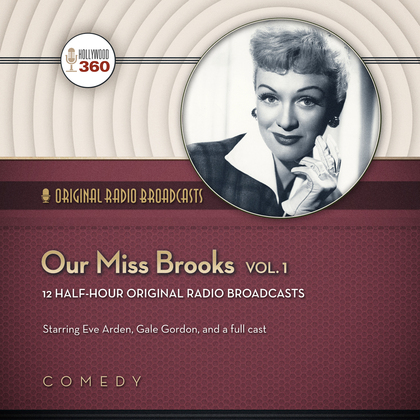 OurMiss Brooks was a highly popular radio sitcom that waseventually adapted for both television and film. It starred Hollywood film andNew York stage veteran Eve Arden, who specialized in playing the wisecrackingfriend. She often did it better than anyone else, receiving an Oscar nominationfor the 1945 film Mildred Pierce. Since her skill with the wicked one-liner was beginning to lead to typecasting, Ardensigned on for the lead in radio's OurMiss Brooks to find a new image.

The radio series lasteduntil 1957, having already made a successful jump to television in 1952 where Arden won a Primetime Emmy for Best Female Star in a Regular Series.