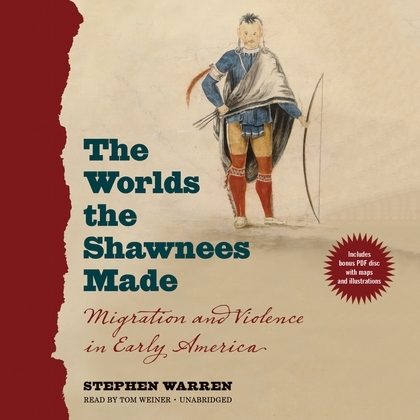 In 1779, Shawnees from Chillicothe, a community in the Ohiocountry, told the British, "We have always been the frontier." Their statementchallenges an oft-held belief that American Indians derive their uniqueidentities from longstanding ties to native lands. By tracking Shawnee peopleand migrations from 1400 to 1754, Stephen Warren illustrates how Shawnees madea life for themselves at the crossroads of empires and competing tribes,embracing mobility and often moving willingly toward violent borderlands. Bythe middle of the eighteenth century, the Shawnees ranged over the eastern halfof North America and used their knowledge to foster notions of pan-Indianidentity that shaped relations between Native Americans and settlers in therevolutionary era and beyond.

Warren's deft analysis makes clear that Shawnees werenot anomalous among native peoples east of the Mississippi. Through migration,they and their neighbors adapted to disease, warfare, and dislocation byinteracting with colonizers as slavers, mercenaries, guides, and traders. Theseadaptations enabled them to preserve their cultural identities and resistcoalescence without forsaking their linguistic and religious traditions.