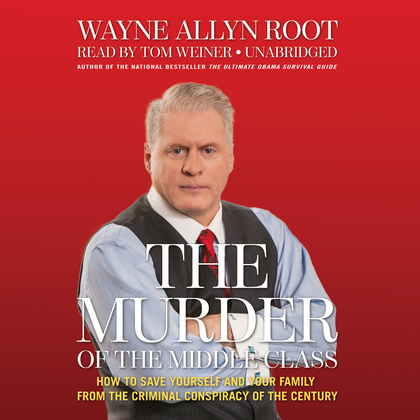 The Murder of the Middle Class

President Obama's goal is to create a two-class society: thepoor and the superrich.

Decades of liberals--and even a few supposed "Republicans"--havehelped push America toward this goal, and President Obama hopes to finish theirwork. Why? Because this two-class society cements the crony capitalism thatfeeds big government and keeps corrupt big shots like Obama and his friends in power, permanently enshrined as the ruling class. Meanwhile, it keepseveryone else hooked on the government like a drug that's impossible toquit.

What's standing in the way of Obama and his pals? The middleclass.