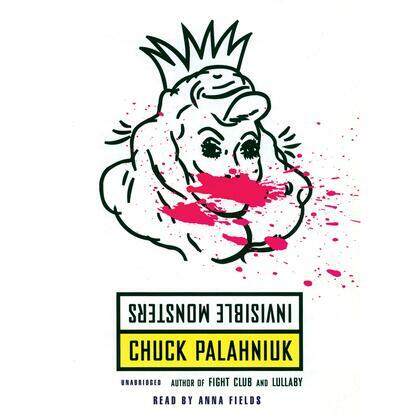 She’s a fashion model who has everything: a boyfriend, a career, a loyal best friend. But when a sudden freeway “accident” leaves her with half her face, no ability to speak, and virtually no self-esteem, she is transformed from the beautiful center of attention to an invisible monster, so hideous that no one will acknowledge she exists.

Enter Brandy Alexander, Queen Supreme, one operation away from becoming a real woman, who will teach her that reinventing yourself means erasing your past and making up something better—and that salvation hides in the last places you’ll ever want to look.

In this hilarious and daringly unpredictable novel, the narrator must exact revenge upon Evie, her best friend and fellow model; kidnap Manus, her two-timing ex-boyfriend; and hit the road with Brandy in search of a brand-new past, present, and future. Changing names and stories in every city, they catapult toward a final confrontation with a rifle-toting Evie—by which time the narrator will have learned that loving and being loved are not mutually exclusive, and that nothing, on the surface, is ever quite what it seems. By turns witty, poignant, and exhilarating, Invisible Monsters will take you on a ride you’ll never forget.