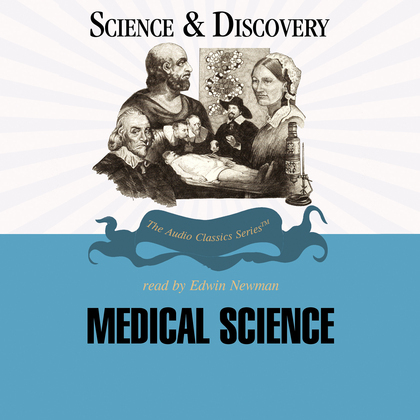 Though medical science began with the ancient Greek physician Hippocrates, dissection and the study of the human body was prohibited for religious reasons until the Renaissance. Only in 1628 did William Harvey theorize that blood circulates in the body; germs weren’t discovered until the nineteenth century. Since then, surgery and drugs have greatly reduced deaths and pain from accident and disease. Genetic research and biotechnology hold the promise of even greater advances in the twenty-first century.

The Science and Discovery Series recreates one of history’s most successful journeys—four thousand years of scientific efforts to better understand and control the physical world. Science has often challenged and upset conventional wisdom or accepted practices; this is a story of vested interests and independent thinkers, experiments and theories, change and progress. Aristotle, Copernicus, Kepler, Galileo, Newton, Darwin, Einstein, and many others are featured.