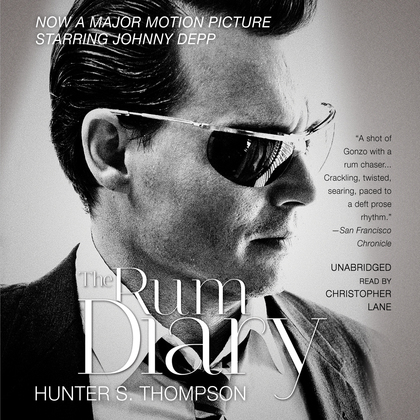 Begun in 1959 by a then twenty-two-year-old Hunter S. Thompson, The Rum Diary is a brilliantly tangled love story of jealousy, treachery, and violent alcoholic lust in the Caribbean boomtown that was San Juan, Puerto Rico, in the late 1950s.

The autobiographical hero, a young writer dreaming of Hemingway but stuck in a dead-end newspaper job, embarks on a carousing, hell-raising journey through the tropics. Along the way, he comes between a wild-spirited comrade and his temptress girlfriend and gets in the middle of a violent clash between the island culture and the encroaching American tourist values.

Exuberant and energetic, The Rum Diary is an outrageous, drunken romp in the spirit of Thompson’s bestselling Fear and Loathing in Las Vegas and Hell's Angels.