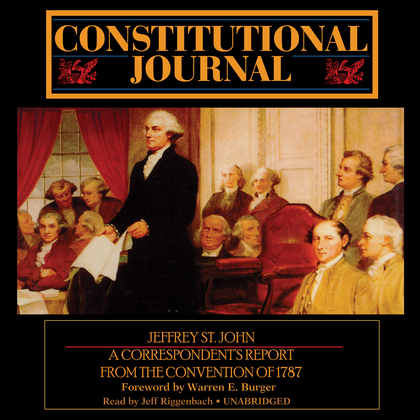 You are there, in 1787, at America’s constitutional convention, with the inside story that reads like a modern-day account of the secret proceedings in Philadelphia. Veteran print and broadcast journalist Jeffrey St. John “reports” each day’s proceedings, flavoring his dispatches with quotes from private correspondence and notes of the delegates.

He captures the frustration, conflict, hope, and despair of America’s founders during that long, sweltering summer session, as the political future of the country hangs in the balance. It is an enthralling story, never before told in this journalistic form.