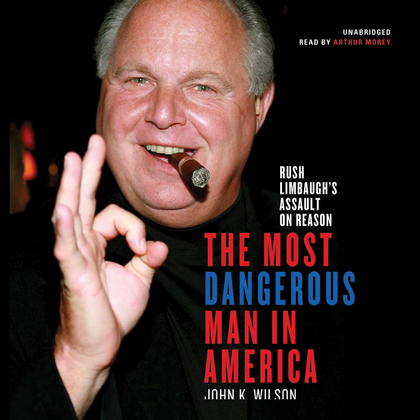 The Most Dangerous Man in America

This is a searing indictment of Rush Limbaugh’s bankrupt ideology and how he has singlehandedly quashed American political debate.

With almost twenty million listeners on more than six hundred stations, Rush Limbaugh is the leading and most dangerous figure in the conservative movement today. John K. Wilson uses the most effective strategy of all—Rush’s own words—to show how Limbaugh’s flagrant disregard for the truth and penchant for savage personal attacks laced with racist, sexist, and homophobic slurs have held the political arena hostage. In this scrupulously documented dissection of the media giant, the author reveals how Rush’s seductive message of hatred has replaced political debate with paranoia. Limbaugh’s machine has become so powerful that even Republicans dare not question his conclusions, while liberal shows are forced to engage with him and provide a forum for his venomous agenda.

The Most Dangerous Man in America is a rigorous, definitive takedown of the one man who does more than any other to poison the American airwaves.