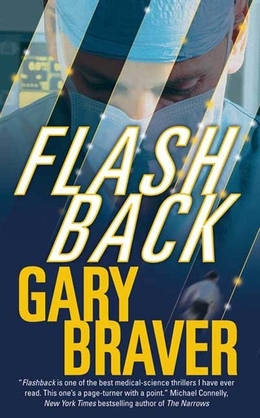 If you could relive your childhood, would you? What if you had no choice?

On the thirty-fifth anniversary of his parents' mysterious drowning, Jack Koryan returns to his family beach cottage. During a swim, Jack is attacked by a school of rare jellyfish whose toxic stings put him in a coma for three years.

When he awakens, he finds that the jellyfish toxin has left him with an extraordinary memory that impresses his doctors. This discovery is complicated by flashbacks: some, pleasant childhood vignettes, others, confusing flashes of violence that leave him quaking in horror.

Jack wonders if he's losing his mind, but that fear is dispelled by Rene Ballard, a pharmacologist working on the world's first cure for Alzheimer's Disease. She wants to test Jack because the basis of the drug is the very jellyfish toxin that sent Jack into a coma. And, while several test patients have miraculously regained functionality, others are also experiencing dangerous flashback seizures.

Ballard's revelation sets Jack on a quest to discover what is happening to him. He and Rene uncover a sinister pattern of lies and deceit that has left behind a trail of bodies, and several elderly patients stuck in a past that they cannot emerge from--or don't want to.