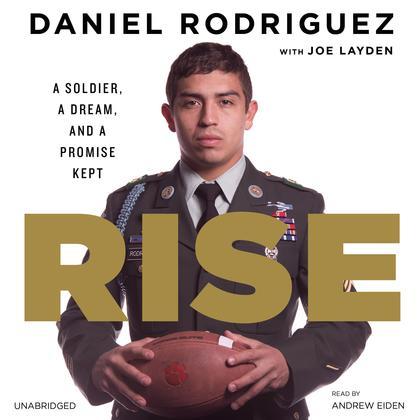 At five foot eight, 175 pounds, Daniel Rodriguez was an unlikely recruit forthe gridiron. But on the battlefield, under the daily rain of sniper fire, hemade a promise to his best friend. "When I get out of this shit hole, I'm goingto play college football."

Daniel had joined the Army just weeks after graduating from highschool, having recently suffered a devastating loss. At age nineteen he had noidea what war really was; he just wanted to get out of town. Almost immediately,he was deployed to Iraq, and he would later serve in Afghanistan. And he grewup fast--stopped sleeping, started smoking. Killing became second nature. Hefought in the infamous Battle of Kamdesh, and for his bravery he was awarded aPurple Heart and the Bronze Star. But his best friend was not so lucky.

Against all odds, Daniel returned home--broken but still alive. Stuck inthe clutches of PTSD, Daniel remembered the promise he made to his friend and knewhe had to make good on it. He embarked on a grueling training regimen, and whenhe posted a video of his efforts, it went viral overnight. By some mix of grit,determination, and the power of the Internet, he earned a spot on the ClemsonUniversity football team.

A powerfully delivered narrative of a young soldier, his unlikelydream, and how he found his way out of darkness, Rise is inspiring,quintessentially American, and will resonate with anyone who has ever foughtfor what they wanted.