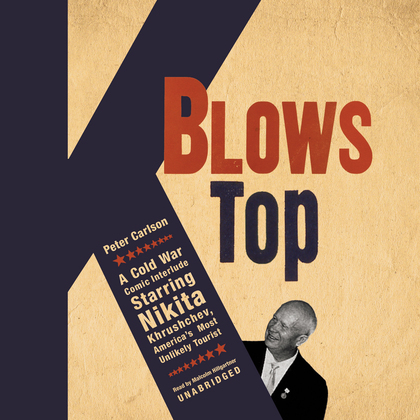 Khrushchev’s 1959 trip across America was one of the strangest exercises in international diplomacy ever conducted—“a surreal extravaganza,” as one historian called it. Khrushchev told jokes, threw tantrums, sparked a riot in a San Francisco supermarket, wowed the coeds in a home-economics class in Iowa, and ogled Shirley MacLaine as she filmed a dance scene in Can-Can. He befriended and offended a cast of characters including Nelson Rockefeller, Richard Nixon, Eleanor Roosevelt, Elizabeth Taylor, and Marilyn Monroe.

Published for the fiftieth anniversary of the trip, K Blows Top is a work of history that reads like a Vonnegut novel. This cantankerous communist’s road trip took place against the backdrop of the fifties in capitalist America, with the shadow of the hydrogen bomb hanging over his visit like the Sword of Damocles.