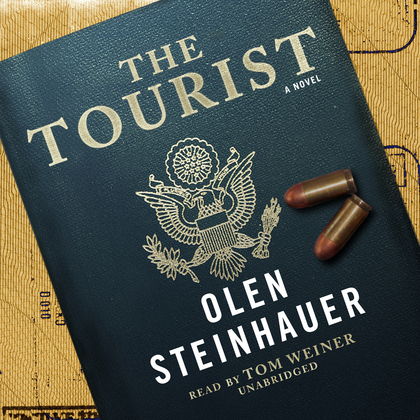 “There are tourists from all over the world. Most of them want to kill you.”—The Black Book of Tourism

In this contemporary international thriller that is reminiscent of John le Carré and Graham Greene, Milo Weaver has tried to leave his old life of secrets and lies behind by giving up his job as a “tourist” for the CIA—an undercover agent with no home, no identity—and working a desk at the CIA’s New York headquarters. But staying retired from the field becomes impossible when the arrest of a long-sought-after assassin sets off an investigation into one of Milo’s oldest colleagues and friends. Soon Milo is drawn into a conspiracy that links riots in the Sudan, an assassin committing suicide, and an old friend who’s been accused of selling secrets to the Chinese. With new layers of intrigue being exposed in his old cases, and with the CIA and Homeland Security after him, he has no choice but to go back undercover and find out who’s been pulling the strings once and for all. In The Tourist, Olen Steinhauer—twice nominated for the Edgar Award—tackles an intricate story of betrayal and manipulation, loyalty and risk, in an utterly compelling novel that is both thoroughly modern and yet also reminiscent of the espionage genre’s most touted luminaries.