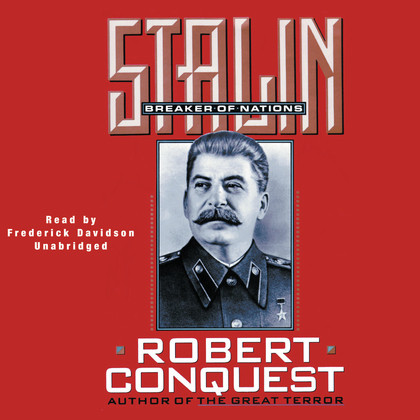 Of all the despots of our time, Joseph Stalin lasted the longest and wielded the greatest power, and his secrets have been the most jealously guarded--even after his death.

In this book, the first to draw from recently released archives, leading USSR scholar-historian Robert Conquest gives us Stalin as a child and student; as a revolutionary and communist theoretician; as a political animal skilled in amassing power and absolutely ruthless in maintaining it. He presents the landmarks of Stalin's rule: the clash with Lenin, collectivization, the Great Terror, the Nazi-Soviet pact and the Nazi-Soviet war, the anti-Semitic campaign that preceded his death, and the legacy he left behind.

Distilling a lifetime's study, weaving detail, analysis, and research, Conquest has given us an extraordinarily powerful narrative of this incredible figure--one of the most enigmatic and terrifying figures of modern times.