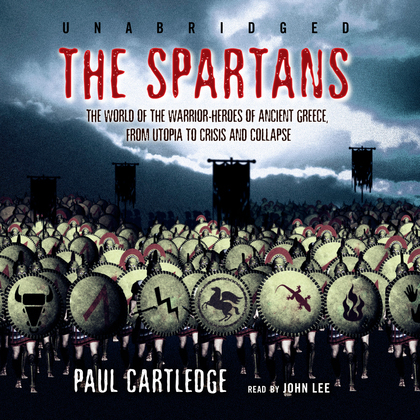 The Spartans of ancient Greece were a powerful and unique people, radically different from any civilization before or since. A society of warrior-heroes, they were living exemplars of self-sacrifice, community endeavor, and achievement against all odds, qualities that today signify the ultimate in heroism. Scholars even believe that Thomas More had Sparta specifically in mind when he coined the term "Utopia."

Paul Cartledge, widely considered the world's leading expert on Sparta, engagingly examines the rise and fall of this singular society. In a narrative that resounds with the battle cries of the ancient Greeks, he takes a compelling look at the many illustrious Spartan figures from the worlds of history and legend, including Lycurgus, Lysander, King Leonidas, and Helen of Troy and Sparta.

Based firmly on original sources, The Spartans is the definitive book about one of the most fascinating cultures of ancient Greece.