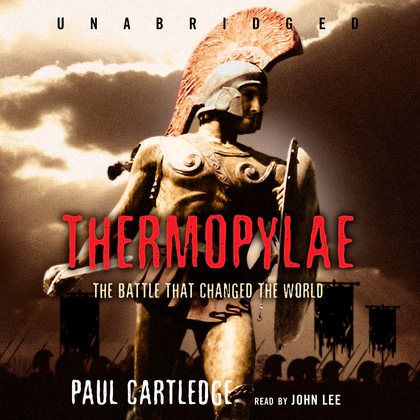 In 480 BC, a vast Persian army, led by the inimitable King Xerxes, entered the mountain pass of Thermopylae to march on Greece, intending to conquer the land with little difficulty. But the Greeks, led by King Leonidas and a small army of Spartans, took the battle to the Persians at Thermopylae and halted their advance--almost. It is one of history's most acclaimed battles, and one of civilization's greatest last stands.

Renowned classical historian Paul Cartledge looks anew at this history-altering moment and shows how its repercussions affect us even today. The invasion of Europe by Xerxes and his army redefined culture, kingdom, and class. The valiant efforts of the Greek warriors, the legendary 300 facing a huge onrushing Persian army at the narrow pass at Thermopylae, changed the way future generations would think about combat, courage, and death.