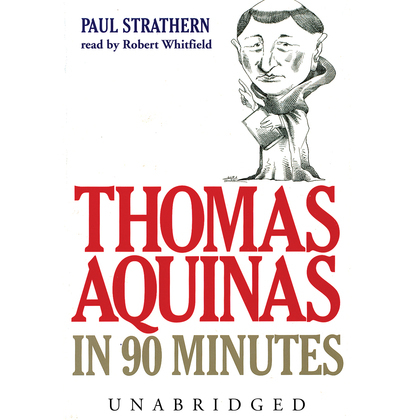 We see our age as the greatest in human history, filled with seemingly unending originality. Yet such dynamism is not a necessary characteristic of great eras. Among the most long-lasting and stable civilizations was that of medieval Europe. There stasis was achieved, and with it a stability that permitted the development of structured thought and intellectual embellishment of unparalleled degree. Like the vast Gothic cathedrals of western Europe, certainties of thought were part and parcel of the medieval age. Its monument of the intellect was the largely static, cumulative philosophy of Scholasticism. And the acknowledged maestro of Scholastic philosophy was Thomas Aquinas.

In Thomas Aquinas in 90 Minutes, Paul Strathern offers a concise, expert account of Aquinas’ life and ideas and explains their influence on man’s struggle to understand his existence in the world. The book also includes selections from Aquinas’ work, a brief list of suggested readings for those who wish to delve deeper, and chronologies that place Aquinas within his own age and in the broader scheme of philosophy.