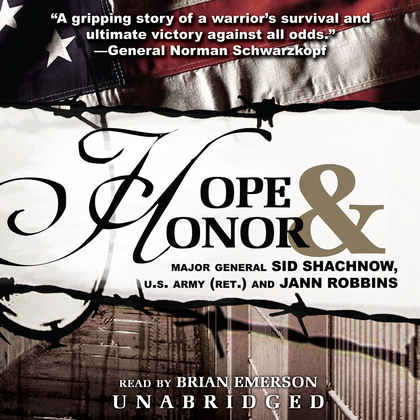 Major General Sid Shachnow was ten-years old when he escaped the notorious Kovno concentration camp in Nazi-occupied Lithuania. Later, he traveled to post-war Germany and he earned a living as a courier for his mother’s black market business. His family eventually came to America where he struggled to get an education, held down three jobs and courted the girl of his dreams.

Major General Shachnow began his career in the US Army as a driver for various officers in Europe, all of whom spotted potential in the young private and encouraged him to become an officer. After nearly forty years of service to his country, including two tours of duty in Vietnam, Major General Shachnow could look back on a career and a life with pride, sadness and a sense of duty spawned from freedom, both lost and earned.