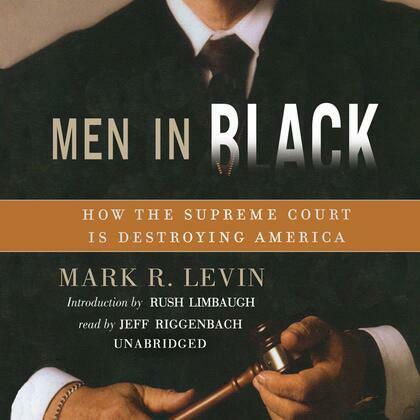 The Supreme Court endorses terrorists’ rights, flag burning, and importing foreign law. Is that in the Constitution? You’re right: it’s not. But these days the Constitution is no restraint on our out-of-control Supreme Court. The Court imperiously strikes down laws and imposes new ones purely on its own arbitrary whims. Even though liberals like John Kerry are repeatedly defeated at the polls, the majority on the allegedly “conservative” Supreme Court reflects their views and wields absolute power. There’s a word for this: tyranny.

In Men in Black, radio talk-show host and legal scholar Mark R. Levin dissects the judicial tyranny that is robbing us of our freedoms and stuffing the ballot box in favor of liberal policies. As Rush Limbaugh writes in his introduction, “Men in Black is a tremendously important and compelling book.”