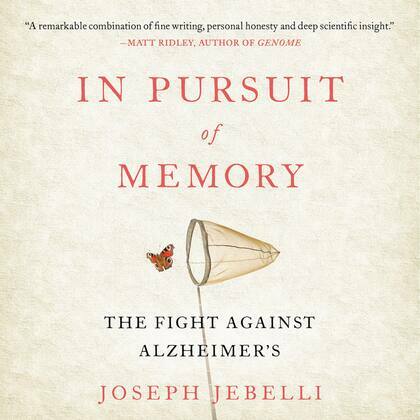 In Pursuit of Memory

For readers of Atul Gawande, Siddhartha Mukherjee, and Henry Marsh, a riveting, gorgeously written biography of one of history's most fascinating and confounding diseases -- Alzheimer's -- from its discovery more than 100 years ago to today's race towards a cure.

Alzheimer's is the great global epidemic of our time, affecting millions worldwide -- there are more than 5 million people diagnosed in the US alone. And as our population ages, scientists are working against the clock to find a cure.

Neuroscientist Joseph Jebelli is among them. His beloved grandfather had Alzheimer's and now he's written the book he needed then -- a very human history of this frightening disease. But In Pursuit of Memory is also a thrilling scientific detective story that takes you behind the headlines. Jebelli's quest takes us from nineteenth-century Germany and post-war England, to the jungles of Papua New Guinea and the technological proving grounds of Japan; through America, India, China, Iceland, Sweden, and Colombia. Its heroes are scientists from around the world -- many of whom he's worked with -- and the brave patients and families who have changed the way that researchers think about the disease.

This compelling insider's account shows vividly why Jebelli feels so hopeful about a cure, but also why our best defense in the meantime is to understand the disease. In Pursuit of Memory is a clever, moving, eye-opening guide to the threat one in three of us faces now.