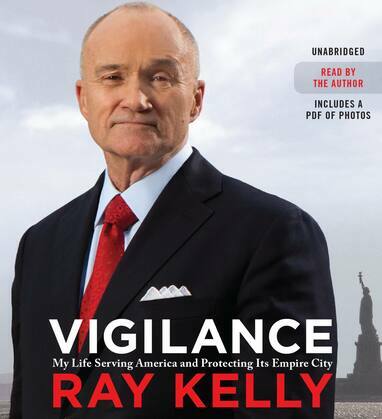 Two-time New York City police commissioner Ray Kelly opens up about his remarkable life, taking us inside fifty years of law enforcement leadership, offering chilling stories of terrorist plots after 9/11, and sharing his candid insights into the challenges and controversies cops face today.

The son of a milkman and a Macy's dressing room checker, Ray Kelly grew up on New York City's Upper West Side, a middle-class neighborhood where Irish and Puerto Rican kids played stickball and tussled in the streets. He entered the police academy and served as a marine in Vietnam, living and fighting by the values that would carry him through a half century of leadership-justice, decisiveness, integrity, courage, and loyalty.

Kelly soared through the NYPD ranks in decades marked by poverty, drugs, civil unrest, and a murder rate that, at its peak, spiked to over two thousand per year. Kelly came to be known as a tough leader, a fixer who could go into a troubled precinct and clean it up. That reputation catapulted him into his first stint as commissioner, under Mayor David Dinkins, where Kelly oversaw the police response to the 1993 World Trade Center bombing and spearheaded programs that would help usher in the city's historic drop in crime.

Eight years later, in the chaotic wake of the 9/11 attacks, newly elected mayor Michael Bloomberg tapped Kelly to be NYC's top cop once again. After a decade working with Interpol, serving as undersecretary of the Treasury for enforcement, overseeing U.S. Customs, and commanding an international police force in Haiti, Kelly understood that New York's security was synonymous with our national security. Believing that the city could not afford to rely solely on "the feds," he succeeded in transforming the NYPD from a traditional police department into a resource-rich counterterrorism-and-intelligence force.

In this vital memoir, Kelly reveals the inside stories of his life in the hot seat of "the capital of the world"-from the terror plots that nearly brought a city to its knees to his dealings with politicians, including Presidents Bill Clinton, George W. Bush, and Barack Obama as well as Mayors Rudolph Giuliani, Bloomberg, and Bill DeBlasio. He addresses criticisms and controversies like the so-called stop-question-and-frisk program and the rebuilding of the World Trade Center and offers his insights into the challenges that have recently consumed our nation's police forces, even as the need for vigilance remains as acute as ever.