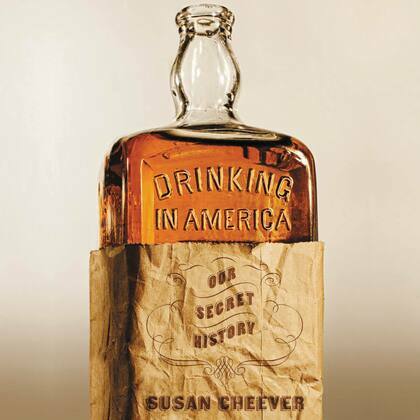 by Susan Cheever (Author), Barbara Benjamin Creel (Narrateur)
Nonfiction History History by country United States Other Social history Social science
AUDIOBOOK
Unlimited loans, 2 years, One at a time
Details
In Drinking in America, bestselling author Susan Cheever chronicles our national love affair with liquor, taking a long, thoughtful look at the way alcohol has changed our nation's history. This is the often-overlooked story of how alcohol has shaped American events and the American character from the seventeenth to the twentieth century.

Seen through the lens of alcoholism, American history takes on a vibrancy and a tragedy missing from many earlier accounts. From the drunkenness of the Pilgrims to Prohibition hijinks, drinking has always been a cherished American custom: a way to celebrate and a way to grieve and a way to take the edge off. At many pivotal points in our history-the illegal Mayflower landing at Cape Cod, the enslavement of African Americans, the McCarthy witch hunts, and the Kennedy assassination, to name only a few-alcohol has acted as a catalyst.

Some nations drink more than we do, some drink less, but no other nation has been the drunkest in the world as America was in the 1830s only to outlaw drinking entirely a hundred years later. Both a lively history and an unflinching cultural investigation, Drinking in America unveils the volatile ambivalence within one nation's tumultuous affair with alcohol.