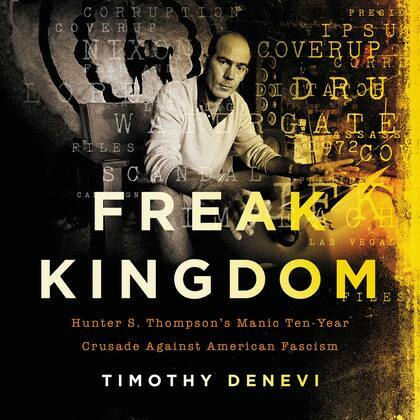 The story of Hunter S. Thompson's crusade against Richard Nixon and the threat of fascism in America--and the devastating price he paid for it

Hunter S. Thompson is often misremembered as a wise-cracking, drug-addled cartoon character. This book reclaims him for what he truly was: a fearless opponent of corruption and fascism, one who sacrificed his future well-being to fight against it, rewriting the rules of journalism and political satire in the process. This skillfully told and dramatic story shows how Thompson saw through Richard Nixon's treacherous populism and embarked on a life-defining campaign to stop it. In his fevered effort to expose institutional injustice, Thompson pushed himself far beyond his natural limits, sustained by drugs, mania, and little else. For ten years, he cast aside his old ambitions, troubled his family, and likely hastened his own decline, along the way producing some of the best political writing in our history.

This timely biography recalls a period of anger and derangement in American politics, and one writer with the guts to tell the truth.