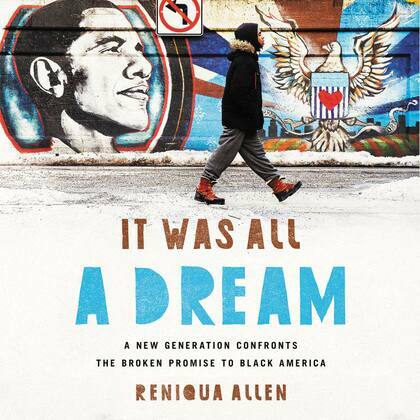 It Was All a Dream

Young Black Americans have been trying to realize the promise of the American Dream for centuries and coping with the reality of its limitations for just as long. Now, a new generation is pursuing success, happiness, and freedom -- on their own terms.

In It Was All a Dream, Reniqua Allen tells the stories of Black millennials searching for a better future in spite of racist policies that have closed off traditional versions of success. Many watched their parents and grandparents play by the rules, only to sink deeper and deeper into debt. They witnessed their elders fight to escape cycles of oppression for more promising prospects, largely to no avail. Today, in this post-Obama era, they face a critical turning point.

Interweaving her own experience with those of young Black Americans in cities and towns from New York to Los Angeles and Bluefield, West Virginia to Chicago, Allen shares surprising stories of hope and ingenuity. Instead of accepting downward mobility, Black millennials are flipping the script and rejecting White America's standards. Whether it means moving away from cities and heading South, hustling in the entertainment industry, challenging ideas about gender and sexuality, or building activist networks, they are determined to forge their own path.

Compassionate and deeply reported, It Was All a Dream is a celebration of a generation's doggedness against all odds, as they fight for a country in which their dreams can become a reality.