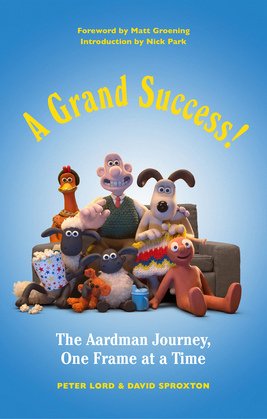 With A Grand Success!, Lord, Sproxton, and Park tell the inside story of the 45-year history of Aardman. From their first short films, made on a lark on their kitchen table, to advertisements and music videos, A Grand Success! recounts the adventures and challenges of developing their own unique style, growing their business, working with famous actors, and conquering Hollywood, all while animating at 24 painstaking moves per second. This is a charming and insightful must-read for all fans of animation.