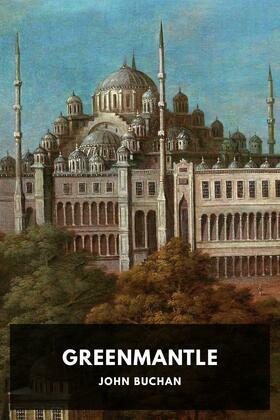 John Buchan (1st Baron Tweedsmuir; 1875–1940) was a Scottish novelist and public servant who combined a successful career as an author of thrillers, historical novels, histories and biographies with a parallel career in public life. At the time of his death he was Governor-General of Canada.

Greenmantle, the second of Buchan's five thrillers featuring the adventures of central character Richard Hannay, is set at the beginning of World War I. In November 1915, now Major-General Sir Richard Hannay, KCB, OBE, DSO, Legion of Honour, is called in to investigate rumours of an uprising in the Muslim world, and undertakes a perilous journey through enemy territory to meet his friend Sandy in Constantinople. Once there, he and his friends must thwart the Germans' plans to use religion to help them win the war, climaxing at the battle of Erzurum. (Sources: Wikipedia, Goodreads)