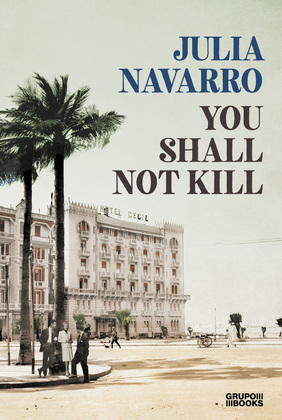 You shall not kill

Fernando, a young literary editor and the son of a persecuted Spanish Republican, decides to flee a Spain battered by the Civil War. His friends, Catalina and Eulogio, escaping their own circumstances, join him in the adventure. The three young friends live a great story of unwavering friendship and loyalty which takes them on a journey through Second World War Alexandria, occupied Paris, Lisbon, Prague, Boston and Chile.

An ode to friendship

Fernando, Catalina and Eulogio have grown together in a Madrid neighborhood close to the Encarnación convent. The Spanish Civil War has just ended and the young trio try to recover from the impact it had on their lives and those of their families.

Fernando lives with his mother, Isabel, awaiting his father's liberation -incarcerated because of his Republican ideals-, hoping for an absolution that never arrives.

Catalina lives on the same street. Her family has come to ruins during the Civil War and in order to confront their debts, her father plans to marry her to a man she despises. Eulogio is the one whose war losses are greatest. His father died in combat and he himself returned from war a cripple after a heroic act which saved Marvin's life, a young American who arrived in Spain in 1936 to study literature, and when war broke, decided to stay and portray the pain of conflict in a celebrated poem anthology.

The future's perspectives look grimmer each day for the three friends. They decide to unite their destinies and embark on a new life away from Madrid to save the little that they have left.