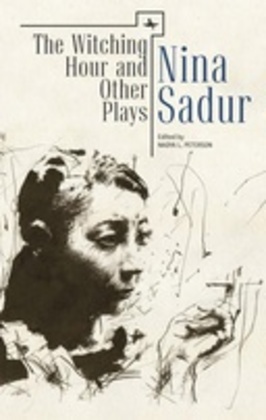 The Witching Hour and Other Plays

Nina Sadur, the playwright, occupies a prominent place in the Soviet/Russian drama pantheon of the 1980s and 1990s, a group that has with few exceptions been generally ignored by the Western literary establishment. The plays included in this volume offer some of Sadur’s most influential works for the theater to the English-speaking audience for the first time. The collection will appeal to readers interested in Russian literature and culture, Russian theater, as well as women’s literature. Sadur’s plays are inspired by symbolist drama, the theater of the absurd and Russian folklore, yet are also infused with contemporary reality and populated by contemporary characters. Her work is overtly gynocentric: the fictional world construes women’s traditionally downplayed concerns as narratively and existentially central and crucial. Sadur’s drama has exerted a tremendous influence on contemporary Russian literature.