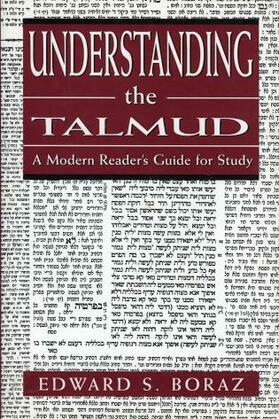 Understanding the Talmud: A Modern Reader's Guide for Study

In Understanding the Talmud: A Modern Reader's Guide for Study, Rabbi Edward S. Boraz presents a thoughtful introduction to the Talmud designed for study by the untrained reader. Using a unique approach, Rabbi Boraz focuses on a specific selection from one tractate of the Talmud, allowing readers to uncover the moral and theological concerns of the text. The portion he has selected comes from the tractate Bava Metziah and deals with the conditions under which an oath may be administered in a civil lawsuit. On the surface this issue appears mundane and far removed from the domain of holiness. However, when the discourse is studied in relation to passages from Scripture, Midrash, and Mishnah that are also presented, it becomes a spiritual and ethical adventure. Before embarking on this journey of discovery, the reader is given a concise explanation of the rules of logic and the argumentative style utilized in the Talmud. It becomes evident that the Talmud's style is essential to its mission to understand the timeless messages of Torah in the context of the ever-changing world in which we live. Equipped with the necessary background, the reader is prepared to delve into the texts.