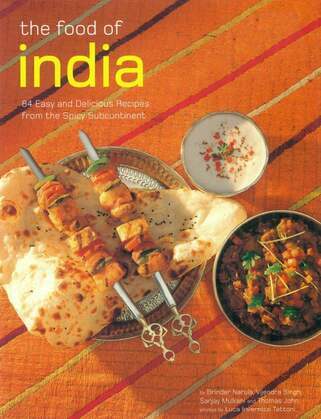 The astonishing variety of India is reflected in its cuisine, which is regarded by those who have enjoyed genuine Indian food as being among the worlds' greatest. Like the overall fabric of the land itself, Indian cuisine is the result of countless historical, religious and regional influences.

Widely acknowledged as one of the world's greatest cuisines, Indian food has traditions stretching back over three thousand years. The blending of subtle cultural, ethnic and religious influences over the centuries has created a unique cuisine as varied as the country itself. The Food of India features over 80 delectable recipes includes dishes from Hindu Tamil Nadu, Christian Kerala as well as tandoori favorites from the Punjab. Striking color photographs and detailed information make this brilliant Indian cookbook the perfect introduction to the rich and diverse world of Indian cuisine!