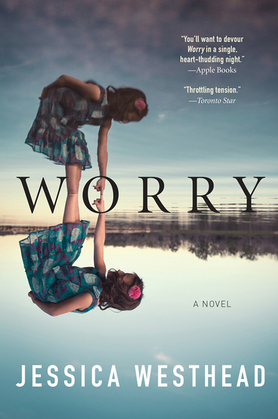 A CBC BOOKS BEST FICTION BOOK OF THE YEAR

A riveting novel about a mother’s all-consuming worry for her child over forty-eight hours at a remote cottage with old friends and a mysterious neighbour, for fans of Little Fires Everywhere and Truly Madly Guilty

Ruth is the fiercely protective mother of almost-four-year-old Fern. Together they visit a remote family cottage belonging to Stef, the woman who has been Ruth’s best friend—and Ruth's husband’s best friend—for years. Stef is everything Ruth is not—confident, loud, carefree—and someone Ruth cannot seem to escape. While Fern runs wild with Stef’s older twins and dockside drinks flow freely among the adults, they’re joined by Stef’s neighbour Marvin, a man whose frantic pursuit of fun is only matched by his side comments about his absent wife. As day moves into night and darkness settles over the woods, the edges between these friends and a stranger sharpen until a lingering suspicion becomes an undeniable threat.