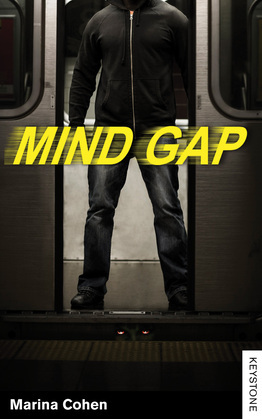 Fourteen-year-old Jake MacRae’s life is spinning out of control. He’s making all the wrong choices — gambling, drinking, hanging around gang members and now he’s been asked to make a special delivery. What should he do?

Jake knows either way that his decision will seal his fate, but what he doesn’t realize is that this choice might not only destroy his life but the lives of those close to him.

Before Jake has a chance to make up his mind, he receives a mysterious text message inviting him to a flash party on a midnight subway train. As Jake steps off the platform and onto the ghostly 1950s-style Gloucester car, he has no idea he has just boarded a train bound for his worst nightmare. And what’s more — he can’t get off!