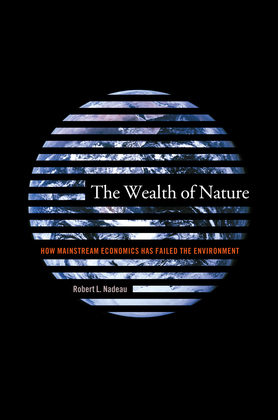 The Wealth of Nature: How Mainstream Economics Has Failed the Environment

by Robert L. Nadeau (Author)
Non-Fiction Business & economics Environmental Economics
EPUB
unlimited loans, One at a time
Details
Virtually all large-scale damage to the global environment is caused by economic activities, and the vast majority of economic planners in both business and government coordinate these activities on the basis of guidelines and prescriptions from neoclassical economic theory. In this hard-hitting book, Robert Nadeau demonstrates that the claim that neoclassical economics is a science comparable to the physical sciences is totally bogus and that our failure to recognize and deal with this fact constitutes the greatest single barrier to the timely resolution of the crisis in the global environment.

Neoclassical economic theory is premised on the belief that the "invisible hand"— Adam Smith’s metaphor for forces associated with the operation of the "natural laws of economics"—regulates the workings of market economies. Nadeau reveals that Smith’s understanding of these laws was predicated on assumptions from eighteenth-century metaphysics and that the creators of neoclassical economics incorporated this view of the "lawful" mechanisms of free-market systems into a mathematical formalism borrowed wholesale from mid-nineteenth-century physics. The strategy used by these economists, all of whom had been trained as engineers, was as simple as it was absurd—they substituted economic variables for the physical variables in the equations of this physics. Strangely enough, this claim was widely accepted and the fact that neoclassical economics originated in a bastardization of mid-nineteenth-century physics was soon forgotten.

Nadeau makes a convincing case that the myth that neoclassical economic theory is a science has blinded us to the fact that there is absolutely no basis in this theory for accounting for the environmental impacts of economic activities or for positing viable economic solutions to environmental problems. The unfortunate result is that the manner in which we are now coordinating global economic activities is a program for ecological disaster, and we may soon arrive at the point where massive changes in the global environment will threaten the lives of billions of people. To avoid this prospect, Nadeau argues that we must develop and implement an environmentally responsible economic theory and describes how this can be accomplished.