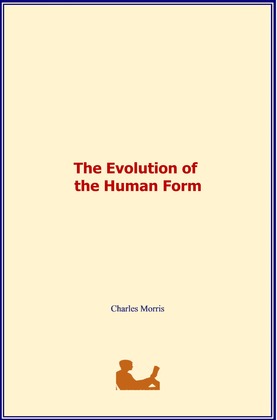 The Evolution of the Human Form

This book deals with the evolution of human and organic forms.

“That men, or thinking beings akin to man, exist only on that minute fragment of the universe we call the earth is a conception so highly improbable, in view of the vast multitude of planets which we may logically conceive to exist, that it seems as if no reasoning being could entertain it. It is true, indeed, that in our own solar system perhaps only two or three of the planets, perhaps only the earth, are in a condition suitable for human habitation, and that the earth has been so for a comparatively brief period. It may well be, therefore, that only a very small percentage of the planets of space are in a similar condition. But in view of the vast multitude of planets that presumably exist, the number of those that possess reasoning beings is probably great. If we deal with this question from the point of view of actual evidence, the fact that the only planet whose conditions we know is inhabited by man is a strong argument in favor of his wide-spread existence. On the other hand, the fact that man's existence upon the earth is dependent upon a certain limited range of temperature, of brief duration in the earth's total history, is an argument on the opposite side, and goes far to narrow the possible domain of life in the universe. Yet if we extend our view to embrace the past and the future as well as the present, we cannot avoid the conclusion that the realm of life and thought in the universe is an immense one...”