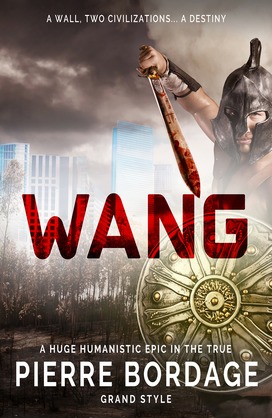 It is the 23rd century. An impassable screen protects Occident from its neighbouring empires. Wang, a young seventeen-year-old Chinese boy, lives with his grandmother in a poor district of Grand-Wroclaw in Silesia, one of the sub-provinces of Sino-Russia governed by the Neo-triads.

Because he has transgressed the law of Assöl the Mongol, a godfather of the clan, Wang has no other choice but to follow the path of exile. For a gateway sometimes opens in the screen at Most in Bohemia. But what happens to emigrants from Occident?

They speak of slavery or even worse; they say they are forced to fight each other like gladiators. No one has ever returned to tell the tale...