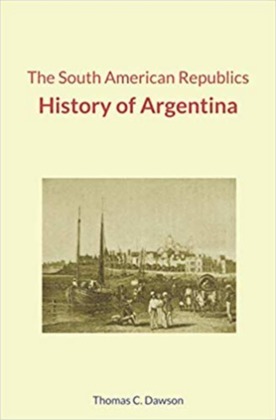 This book presents the History of Argentina, from its discovery and Spanish colonization to the development of the country. "The description of the white man's spread over this immense country, the largest (except Brazil) of the South American states, and of all these the most immediately and unquestionably suitable for maintaining a large population of European blood—is tedious when told in detail. But it is a story fraught with significance for the future of the world. On the plains of Argentina the descendants of the Spanish conquerors have fought out among themselves all the perplexing questions arising from the adaptation of Spanish absolutism and ancient burgh law to a new country and to personal freedom. After more than half a century of civil war, constitutional equilibrium has been attained. The country ought to be interesting where there has grown up within a few decades the largest city in the Southern Hemisphere, and the largest Latin city, except Paris, in the world. The growth of Buenos Aires has been as dizzying as that of Chicago, and the world has never seen a more rapid and easy multiplication of wealth than that which took place in Argentina between the years of 1870 and 1890. Interesting, too, is Argentina as the scene of the most extensive experiment in the mixture of races now going on anywhere in the world except in the United States. In forty years more than two millions of immigrants have made their homes in Argentina. The majority are from Southern Europe, but the proportion of British, Germans, French, Belgians, and Swiss is a fifth of the whole. Will the Northerners be assimilated and disappear in the mass of Southerners, or will they succeed in impressing their characteristics on the latter? Will a mixed race be evolved especially suited to success in subtropical America? Will the system of administration painfully evolved out of the old Spanish laws prove permanently suited to the great industrial and commercial state that is growing up on the Argentine pampa?..."