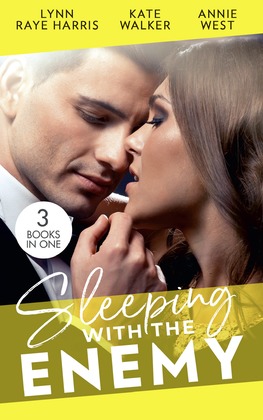 Sleeping With The Enemy: Revelations of the Night Before / Indebted to Moreno / An Enticing Debt to Pay (At His Service) (Mills & Boon M&B)

Valentina D’Angeli is pregnant. And the father is a man she shared one sensational night with after a masquerade ball. But it wasn’t until she stole a peek under his mask that she discovered he was her brother’s sworn enemy – Niccolo Gavretti! For Niccolo, there’s only one solution to Valentina’s bombshell – put a ring on her finger…
*
Spaniard Nairo Moreno took Rose Cavalliero’s virginity before a misunderstanding led her to nearly destroy his life. Now designing his precious sister’s wedding gown will cement Rose’s career. But Nairo back and determined to collect the debt she owes him.
*
Ravenna Ruggiero has been stealing from wealthy investment trader Jonas Deveson, and he’s going to make her pay! Despite her reasons Jonas blackmails her into working as his housekeeper to pay off her debt. But living under the same roof leads to unexpected temptation, and Jonas is no longer sure who is being punished!