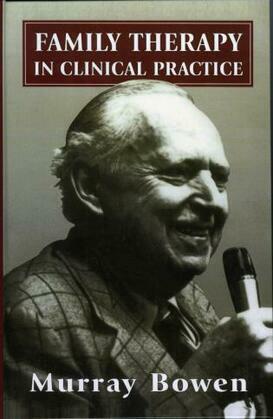 When Bowen was a student and practitioner of classical psychoanalysis at the Menninger Clinic, he became engrossed in understanding the process of schizophrenia and its relationship to mother-child symbiosis. Between the years 1950 and 1959, at Menninger and later at the National Institute of Mental Health (as first chief of family studies), he worked clinically with over 500 schizophrenic families. This extensive experience was a time of fruition for his thinking as he began to conceptualize human behavior as emerging from within the context of a family system. Later, at Georgetown University Medical School, Bowen worked to extend the application of his ideas to the neurotic family system. Initially he saw his work as an amplification and modification of Freudian theory, but later viewed it as an evolutionary step toward understanding human beings as functioning within their primary networkDtheir family. One of the most renowned theorist and therapist in the field of family work, this book encompasses the breadth and depth of Bowen's contributions. It presents the evolution of Bowen's Family Theory from his earliest essays on schizophrenic families and their treatment, through the development of his concepts of triangulation, intergenerational conflict and societal regression, and culminating in his brilliant exploration of the differentiation of one's self in one's family of origin.