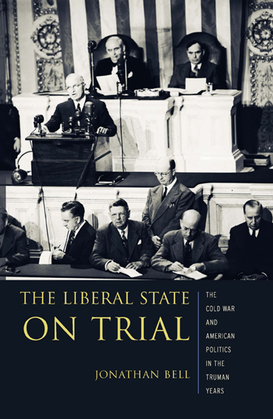 The Liberal State on Trial

What was left, in both senses of the word, of liberalism after the death of Franklin Roosevelt? This question has aroused considerable historical debate because it raises the question of why the United States, during the Truman years, developed a much less state-centered orthodoxy than other comparable, powerful liberal states. What were the consequences of this fundamental choice that would shape the character and direction of American society during the second half of the twentieth century? This book explores the role of the Cold War in shifting the center of gravity in American politics sharply to the right in the years immediately following World War II. Jonathan Bell demonstrates that there was far more active and vibrant debate about the potential for liberal ideas before they become submerged in Cold War anti-state rhetoric than has generally been recognized.

Using case studies from Senate and House races from 1946 to 1952, Bell shows how the anti-statist imagery that defined the Cold War in political debate became the key weapon among right-wing and business interest groups and their political representatives with which to discredit political figures who wanted to expand political liberalism beyond existing New Deal measures. He depicts how this process implicitly endorsed socioeconomic inequality.