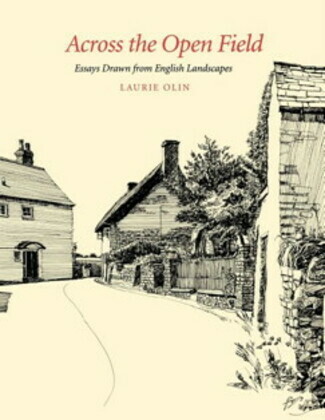 Across the Open Field: Essays Drawn from English Landscapes

"Twenty-eight years ago I went to England for a three-month visit and rest. What I found changed my life."

So begins this memoir by one of America's best-known landscape architects, Laurie Olin. Raised in a frontier town in Alaska, trained in Seattle and New York, Olin found himself dissatisfied with his job as an urban architect and accepted an invitation to England to take a respite from work. What he found, in abundance, was the serendipity of a human environment built over time to respond to the land's own character and to the people who lived and worked there. For Olin, the English countryside was a palimpsest of the most eloquent and moving sort, yet whose manifestation was of ordinary buildings meant to shelter their inhabitants and further their work.

With evocative language and exquisite line drawings, the author takes us back to his introduction to the scenes of English country towns, their ancient universities, meandering waterways, and dramatic cloudscapes racing in from the Atlantic. He limns the geologic histories found within the rock, the near-forgotten histories of place-names, and the recent histories of train lines and auto routes. Comparing the growth of building in the English countryside, Olin draws some sobering conclusions about our modern lifestyle and its increasing separation from the landscape.

As much a plea for saving the modern American landscape as it is a passionate exploration of what makes the English landscape so characteristically English, Across the Open Field is "an affectionate ramble through real places of lasting worth."