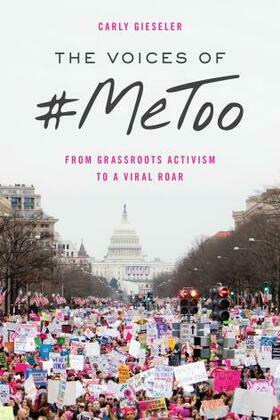 The Voices of #MeToo

The Voices of #MeToo: From Grassroots Activism to a Viral Roar is a timely analysis of how marginalized voices are engaged or silenced in one of the most successful social media projects in recent history. Accessibly written, this book unravels the ideas and practices of activism throughout the #MeToo movement from its inception to its current viral moment.

The movement went viral with a tweet from Alyssa Milano after the avalanche of sexual harassment and assault allegations against movie mogul Harvey Weinstein. The hashtag, however, got its start from African-American, grassroots activist Tarana Burke a decade earlier. Taking this as her starting place, Gieseler focuses on the marginalized communities that are often ignored once a movement goes mainstream. With chapters on black female activism, the LGBTQ+ community and disability, toxic masculinity, and international responses, The Voices of #MeToo issues a call for all movements to become more inclusive as they seek empowerment and resistance against oppressive and abusive forces. Perhaps in exploring issues of social justice through an intersectional lens, we may all begin to hear and amplify the voices that are often silenced in the louder, viral roar.